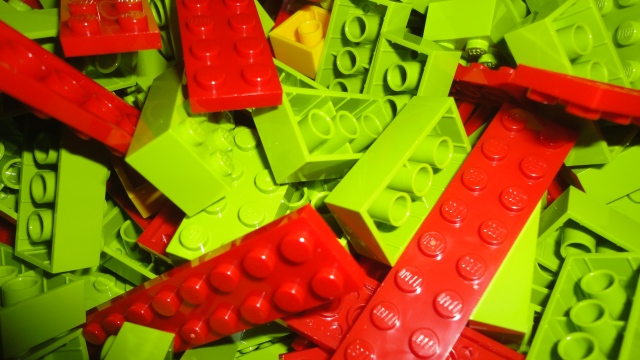 This might have been a bit of a treat for Nathan as well as Roo. Two boys, 70,000 pieces of Lego…how do you think it went?

The event was a workshop at the Royal Academy of Arts, to tie in with an exhibition they have on Richard Rogers. I was a little disappointed to find out that he was an architect, rather than the Sound of Music composer Richard Rodgers but I got over it. The idea was that children (and parents) recreated the London cityscape over a giant map of the Thames, but basically it was just an excuse to play with Lego. Lots and lots of Lego.

That’s Eva, hungrily eyeing up the stash. Surprisingly, she didn’t try and eat any of it – the notices all said it wasn’t suitable for 0-3s, so we  had to watch her pretty closely. Cause, yknow, we wouldn’t have been able to sue anyone if she had choked on it. But she was happy to just pick the pieces up and put them back down again. And repeat. 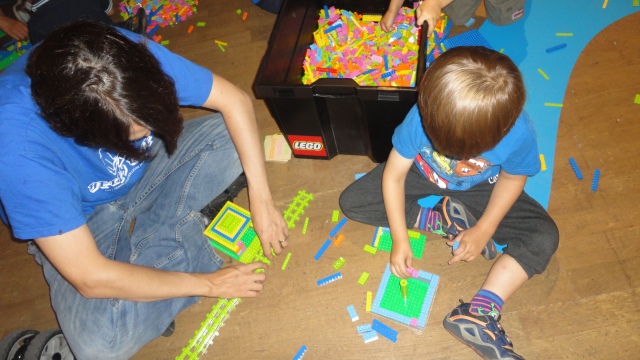 But really, it was more for Reuben’s age. And Nathan’s. They sat for ages, making their buildings – Roo made a boat first, delicately layering the bricks and arranging them by colour and then he made a house with a tower, while Nathan made a station, with its own railway track. And I was quite pleased with my own effort: 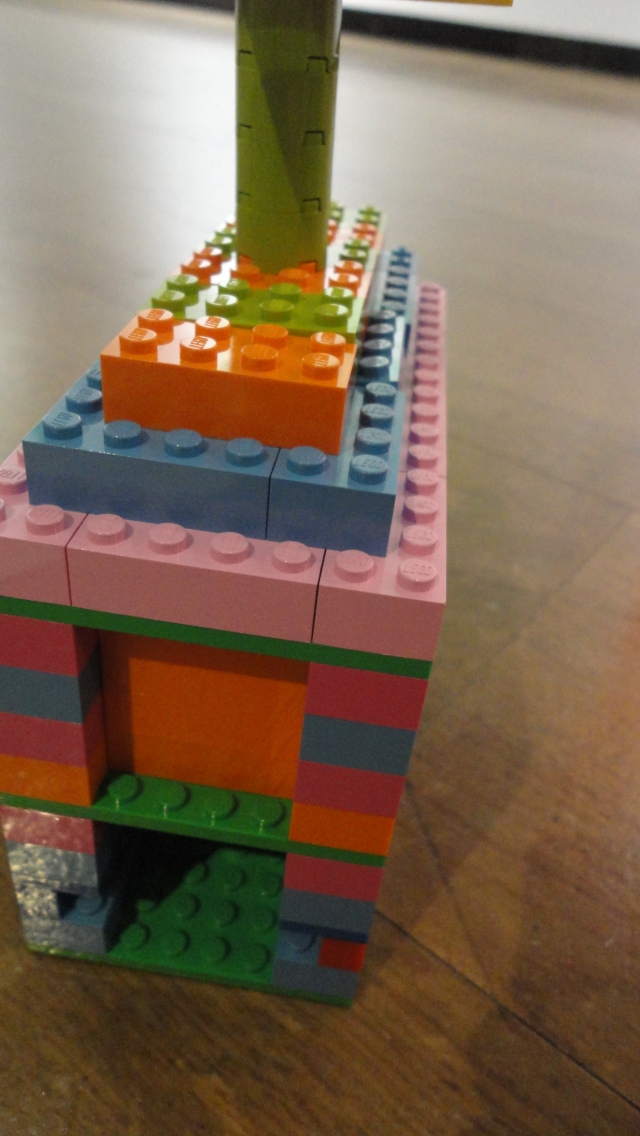 You can’t quite see all the architectural features I built into it (like the mezzanine floor), but it’s still pretty cool. Nothing compared to some of these beauties though:

Oh, and here’s Nathan’s cause he’ll get cross if I don’t include it:

While Reuben and Nathan were busy constructing and reconstructing their structures, Eva got bored and so we decided to wander around the room and see what else there was to see. Like some cool infographics about London’s future:

I love an infographic! That one shows how well connected different parts of London are – I was pleased that we were in the dark red, for “well connected”. Then there was one showing the green space and potential green space in London. My Daddy was a Town Planner, so I have some interest in this kind of dorky stuff:

But mostly, Eva liked climbing the giant green steps and looking down at everyone below:

And going into the room next door, with the giant pink sofas and looking out at the Mayfair streets below: 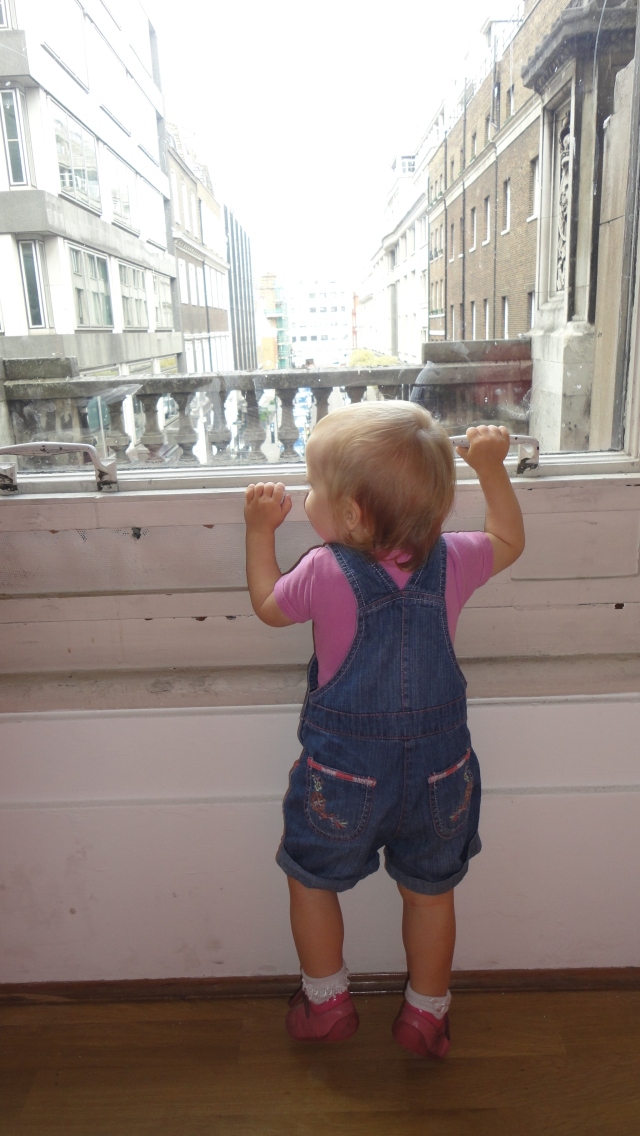 Sorry, that was a superfluous photo but isn’t my girl just getting super-cute? Like rilly?!

And it was time to go to Nandos before a dash to church. We didn’t have time to look around the rest of the Royal Academy, but we did see this model when we were waiting to go in, which Nathan somewhat surprisingly identified as Centre Georges Pompidou in Paris:

And this giant pink beastie, which was just cool: 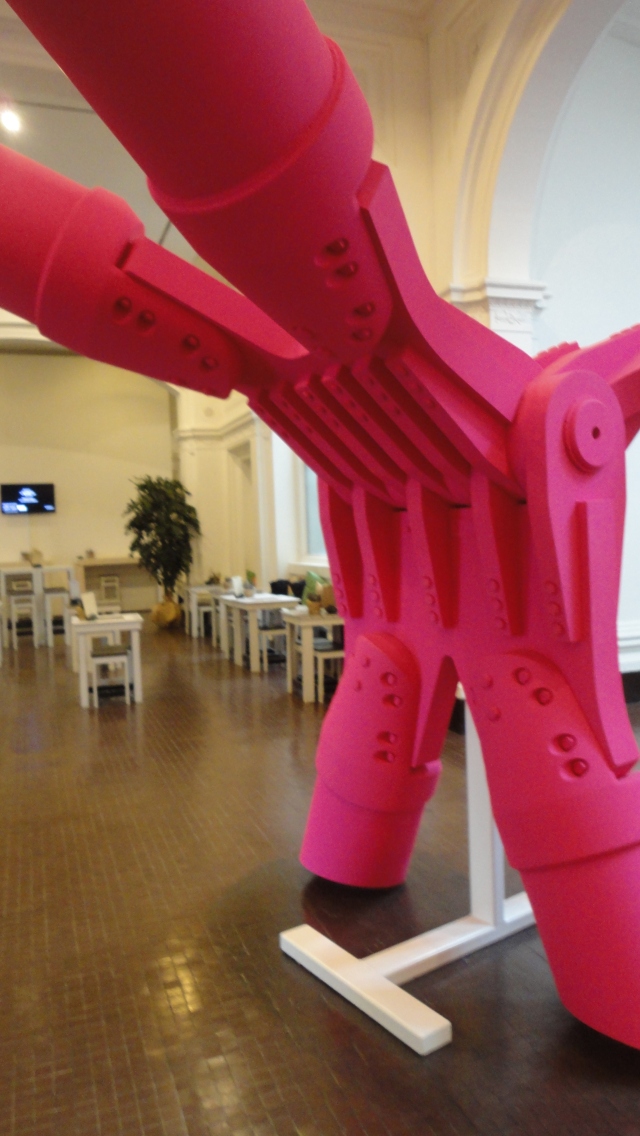 VERDICT: A free workshop where the boys and I got to play with unlimited amounts of Lego? What’s not to love? 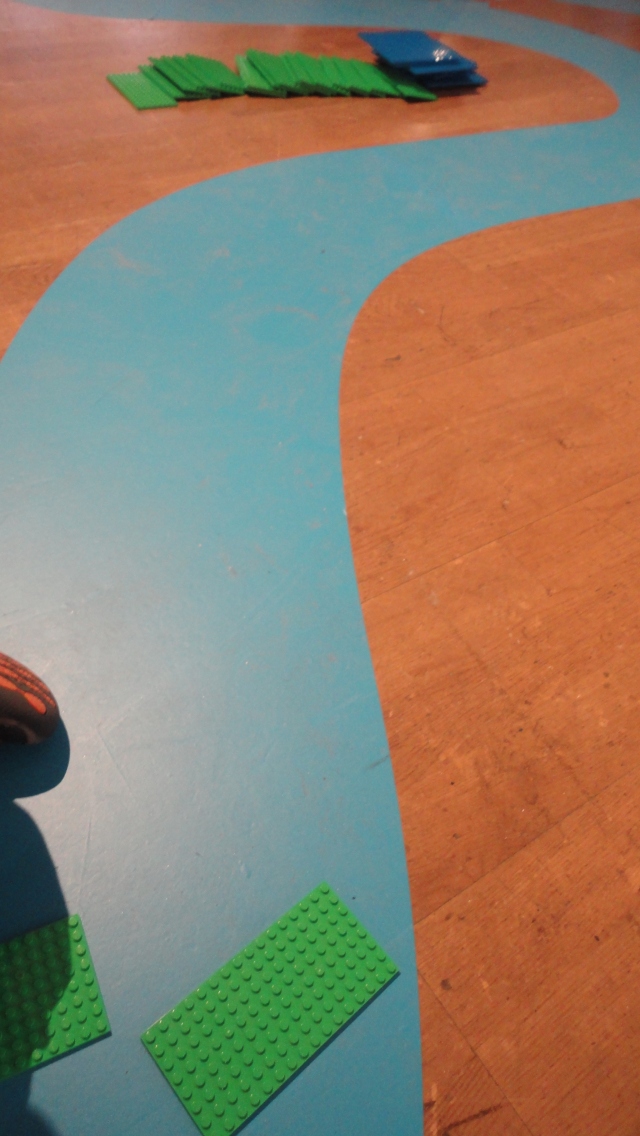 This entry was posted in Token attempts at culture (museums) and tagged art, Central London, lego. Bookmark the permalink.